A full team (yes, there were eleven) gathered at Eycott Hill on a cool October morning. Cloud played with the fells, a harbinger of the rain to come later in the day. And after a short introduction, the group parted: five of us to look at the lichen and six to look at the mosses and such.

Of course, we headed in the same direction and were interested in the same wall initially. But it didn’t detain the bryologists long: they headed to the bog on a sphagnum hunt.  The lichen folk lingered: as befits somewhere with a variety of rocks (Carboniferous limestone and Eycott Hill lavas), the wall had some interesting species. We examined Lecanora Campestris; L. sulphurea; Ochroclechia parella; Collema auriforme and some Caloplacas that we couldn’t sort out. We found Parmelia saxatilis too. No surprises there, but it wasn’t on the NBN atlas list so we could regard it as new for Eycott!

Eventually, we tore ourselves away and wandered in search of rocky outcrops and peaty exposures. Highlights included fruiting Diabeis baeomyces and the prolific and fertile Massalongia carnosa. We found both the Cetrarias previously reported from the site: C. aculeata and C. muricata and very fine and jolly coloured they looked too. The pseudocyphellae on the former were examined and found to be near the axils as the book said they would be. There were good examples of bird-perch-favouring species such as Xanthoria candelaria, Lecanora muralis, Lasallia pustulata and Candelaria vitellina.  Stereocaulon dactylophyllum was found near the summit and we even felt confident enough to key out some Cladonias as a group. Unsurprisingly, this didn’t always result in a satisfactory identification.

As the afternoon progressed and the rain set in further, we noticed that the bryologists had left the bog and drifted back to the car park. Which gave us an excuse to head back ourselves via a couple of hawthorns that took the lichen species list for the day to a round 50. Or was it 51? Anyway, it seems that eleven of them were previously unrecorded at Eycott. And as for the bryologists? Well they seemed happy with their sphagnum tally…

It’s an interesting site, with some limestone and many ridges of volcanic rock formed by eroded ancient lava flows. Between the ridges, water collects to form very wet, boggy areas, with a good range of Sphagnum species. Wellies are definitely needed. There’s an interesting mix of base-rich flushes and more acidic bog. I’m sure we missed lots of exciting stuff (we didn’t find any Sphagnum fuscum, which is supposed to be here), and we didn’t get as far as the woodland, which might be worth a look on another occasion. 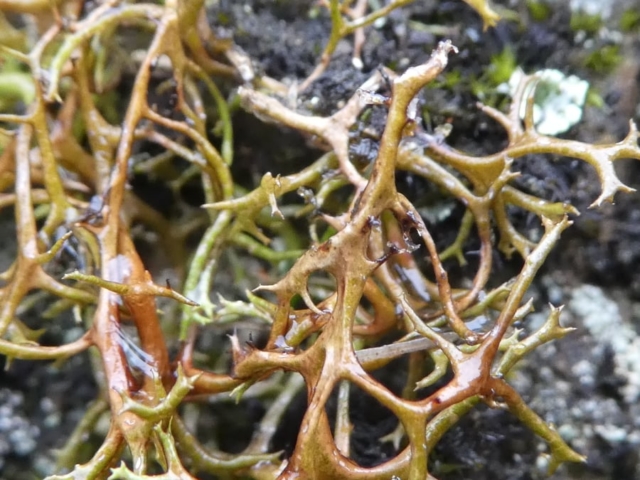 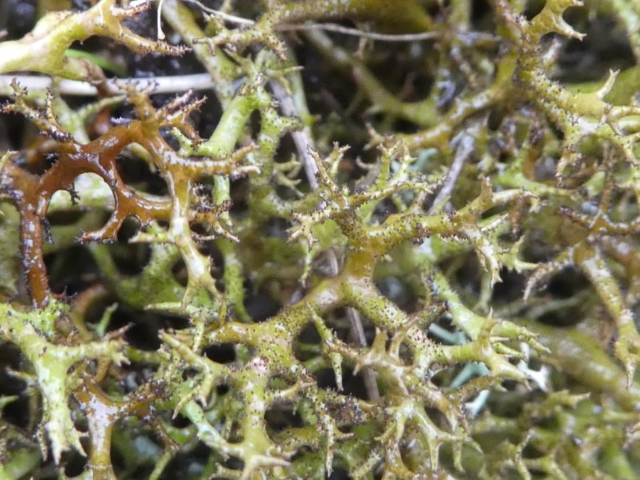 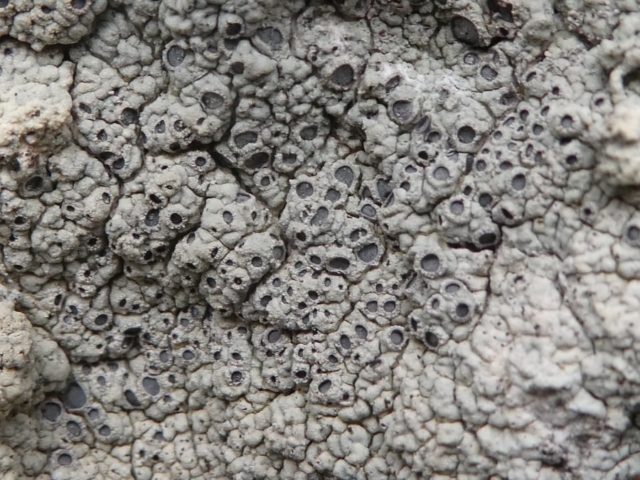 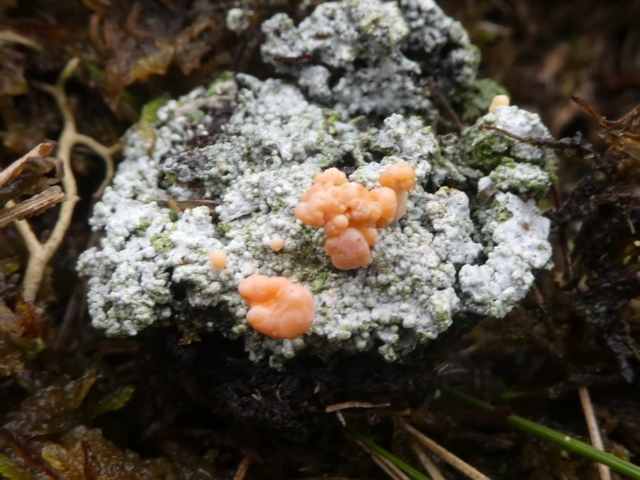 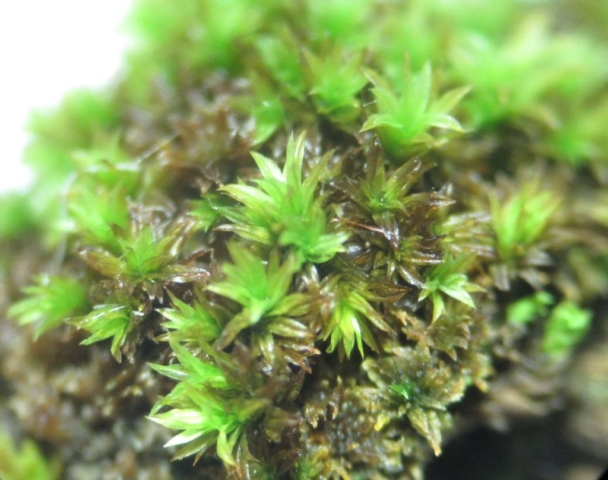 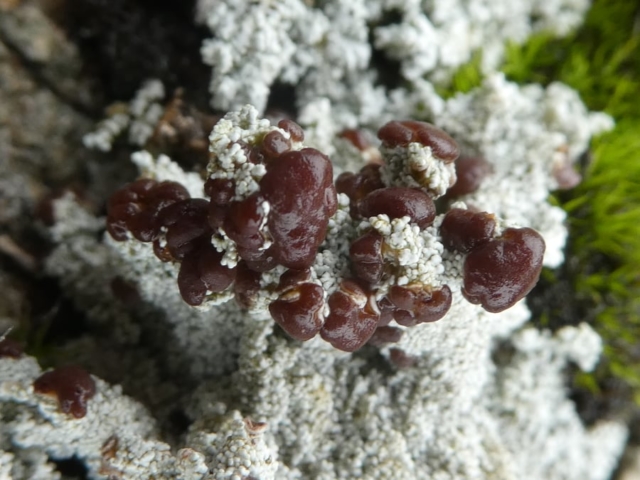 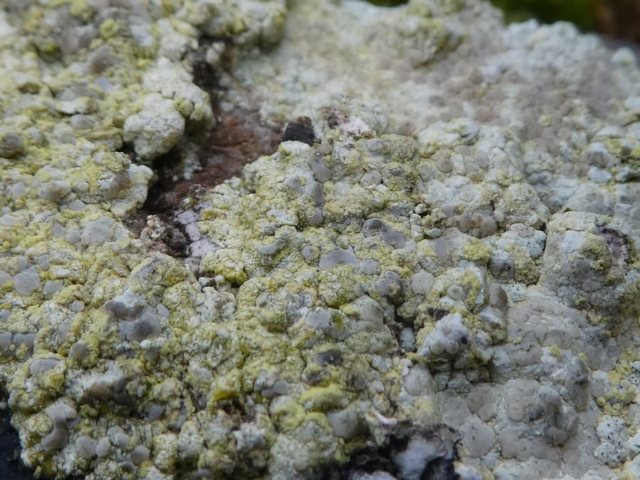 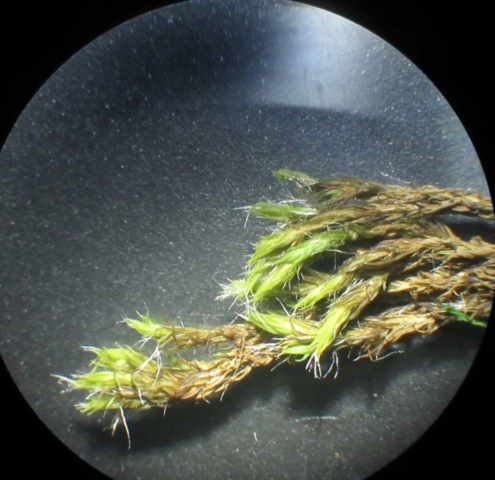