A group of four lichen and eight bryophyte people met beside Ullswater to walk up into the Glencoyne valley on a breezy, overcast but largely dry day. Kerry, the trip leader, had surveyed this spot before and noted several old ash trees supporting colonies of the important Atlantic woodland lichen Lobaria pulmonaria, warranting further investigation to check for other Lobarion community species.

The western shore of Ullswater has several areas where remnants of ecologically significant woodland can be found. The wood pasture and woodlands near Aira Force have been surveyed by lichenologists but above Glencoyne Farm, where the east-facing valley narrows, there is a wood of old ash trees, well spaced out on the slopes above the beck which had not been visited by specialists. The National Trust and the tenants of the farm were happy for us to take a look.

The plan was for the lichen and bryophyte groups to stay together for the morning and for once we managed this – usually the lichen lot get stuck in the car park looking at trees and walls whilst the bryo people have disappeared in the direction of the nearest beck or bog. We had also agreed to head directly to the target monad containing the main patch of woodland, though some of us couldn’t resist looking at and discussing some lovely Peltigera en route and had to hurry to catch up.

The first tree of interest, a well-lit hawthorn, had some good crustose species, like the tiny discs of Dimerella pineti, and a range of foliose lichens.

We slowly worked our way from ash to ash up the slope, aiming for a huge old tree that Kerry knew had a good sized patch of Lobaria pulmonaria. This was very impressive and we spent some time looking at the rest of the tree and others nearby, including several large hollow ash trees. Three other L pulmonaria trees were spotted and the precise grid references taken.

As it turned out we didn’t find the leafy species that might be associated with the Lobarion community in western Scotland or Borrowdale, such as Sticta, Nephroma and Parmeliella, but there were some lovely tiny crusts on some trees that required examining later under the microscope – Normandina acroglypta, Anisomeridium biforme, A polypori and A ranunculosporum, Agonimia allobata, A tristicula. and Thelenella muscorum. A couple of jelly lichens were on ash trees – Leptogium lichenoides and Collema flaccidum, both species of slightly more acidic substrates. The distinctive white-spotted grey leafy Cetrelia olivetorum was seen on three trees and five species of Peltigera on a variety of substrates. Several lichens which indicate ecological continuity (woodland cover continuously present for a long period) were missing, eg we did not see Thelotrema lepadinum, and there were relatively few lirellate species – Opegrapha varia and O niveoatra were on ash with a small amount of Graphis scripta and G elegans seen on hazel beside the beck. A fair few of the ash trees seemed to have acidic bark based on their lichen flora, supporting Cladonia and Parmelia species. There were also nice boulders and small outcrops with a range of acidic rock species.

In the end we recorded nearly 90 species but dusk and the onset of rain, not to mention mental exhaustion, meant we didn’t look at every tree. As usual we’ll have to go back another time. 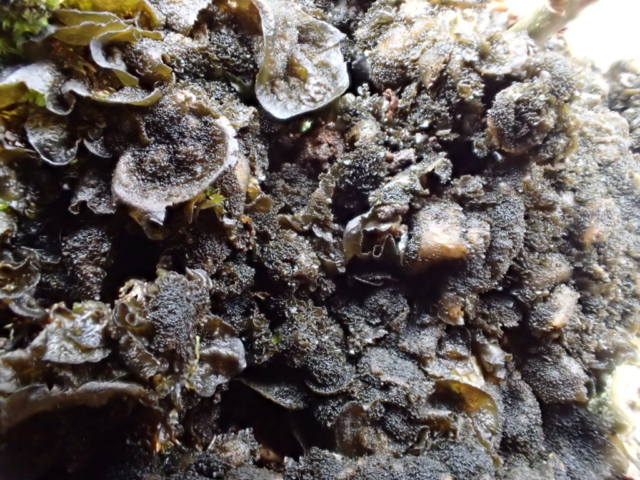 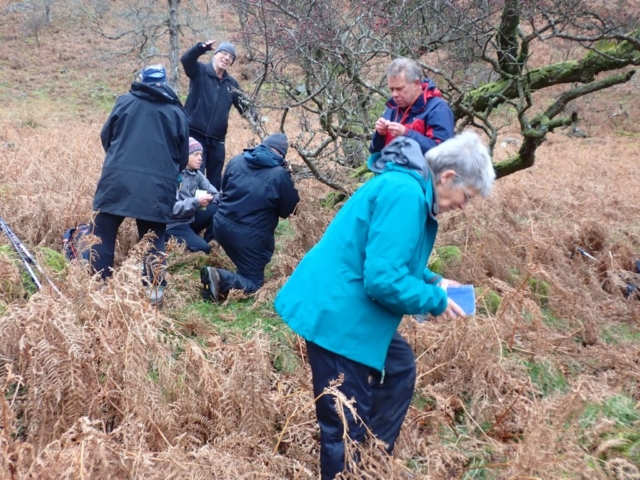 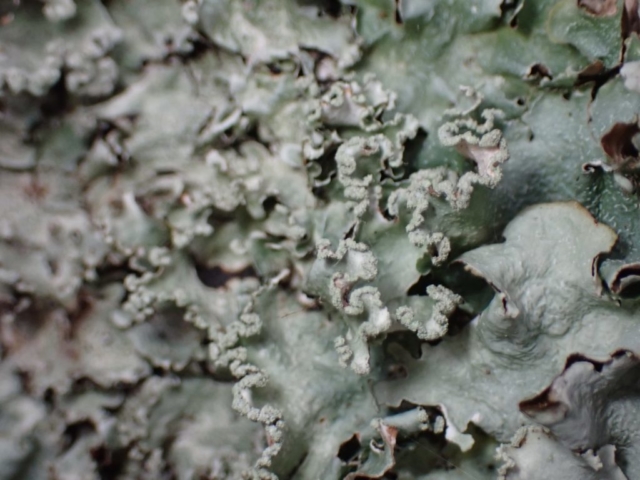 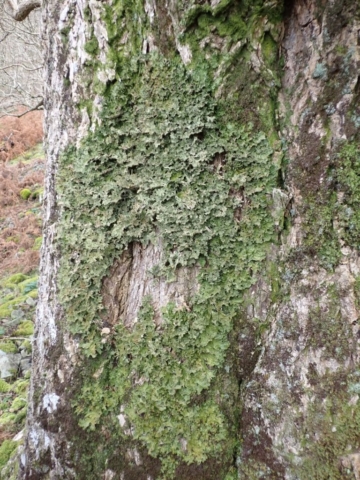 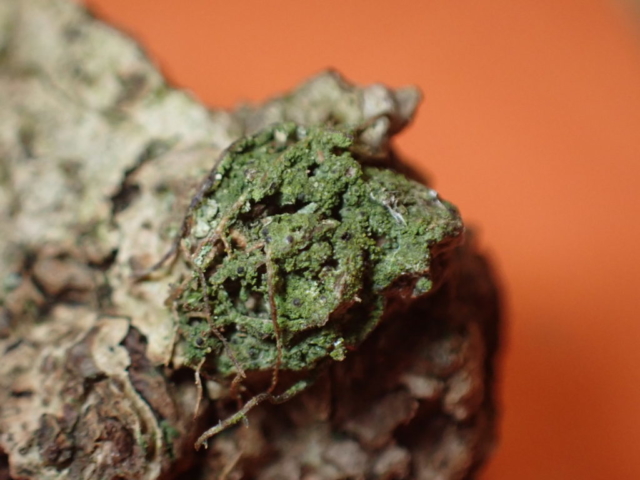 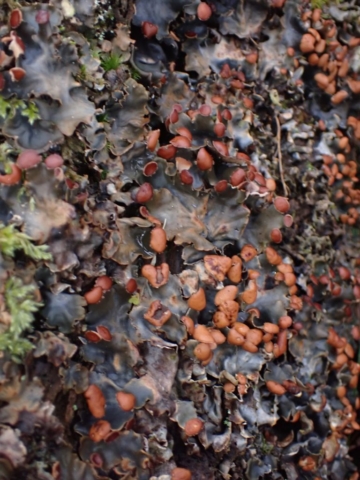 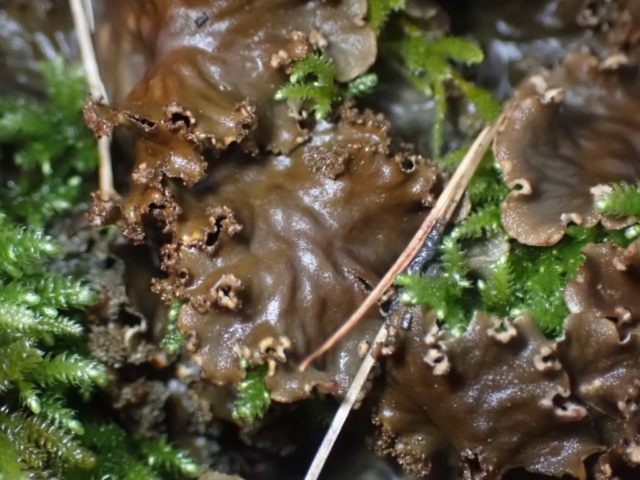 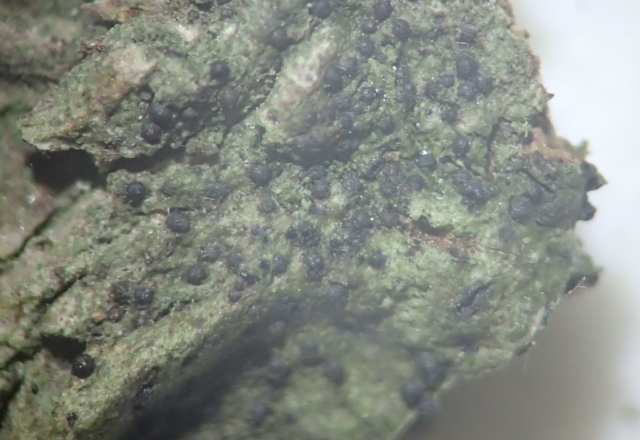 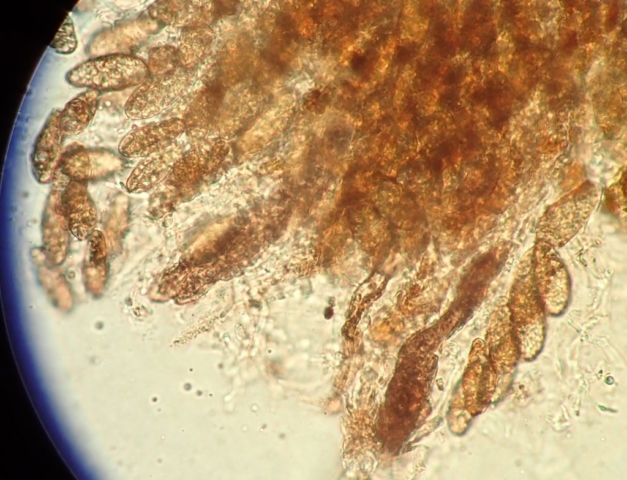 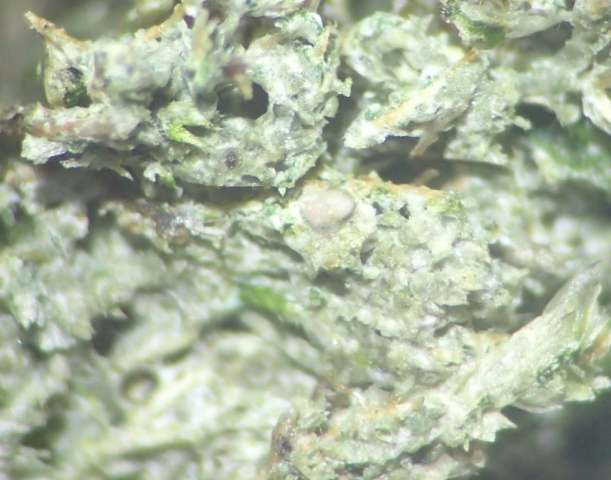 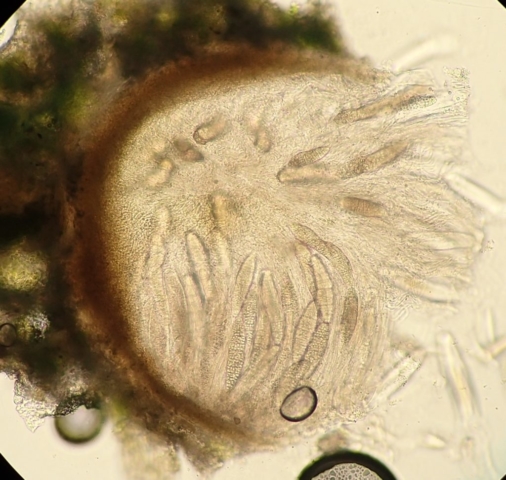 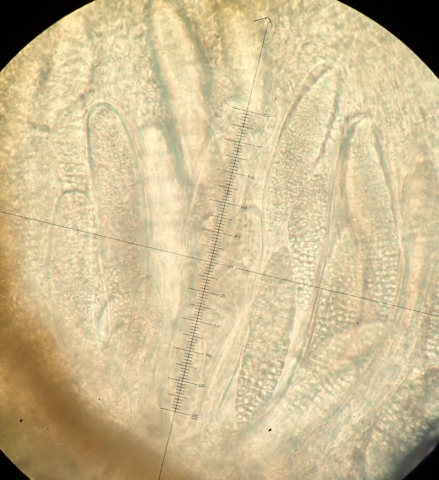 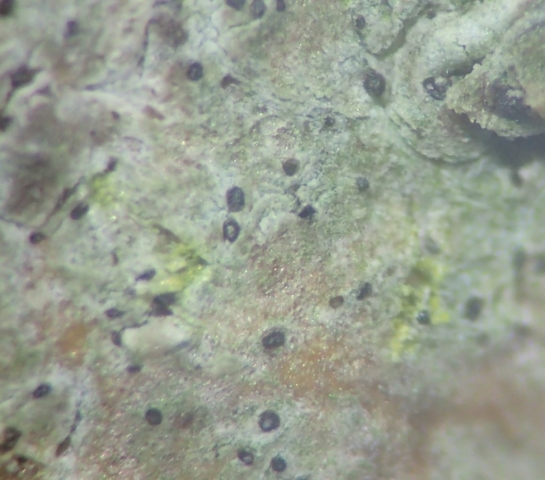 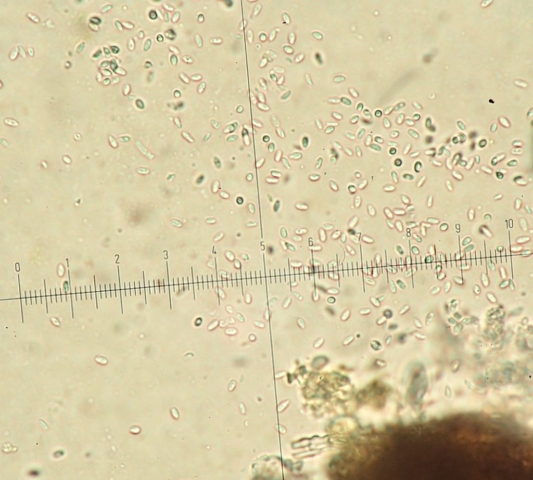 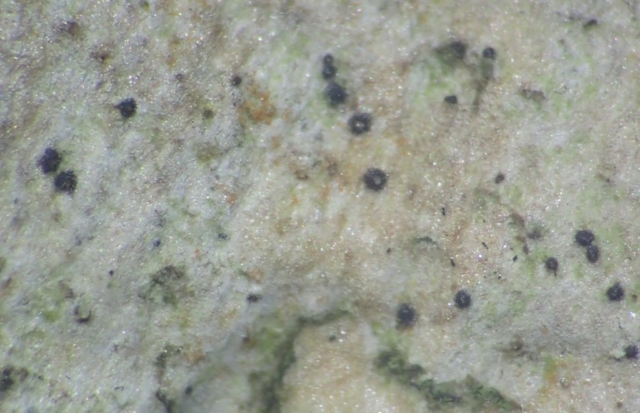 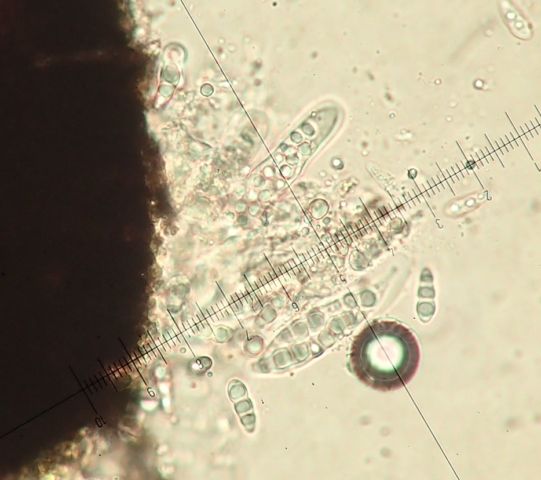 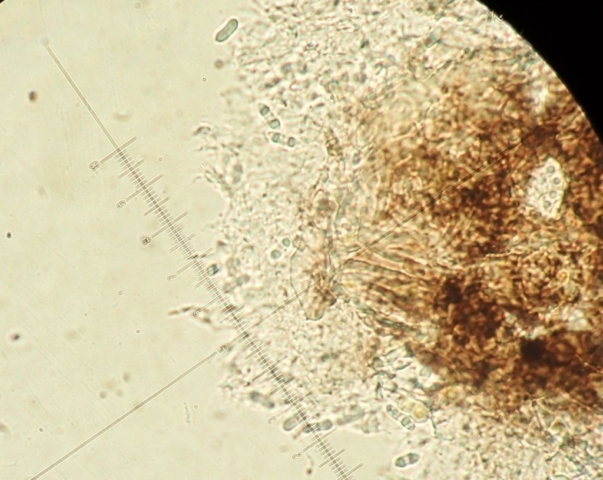 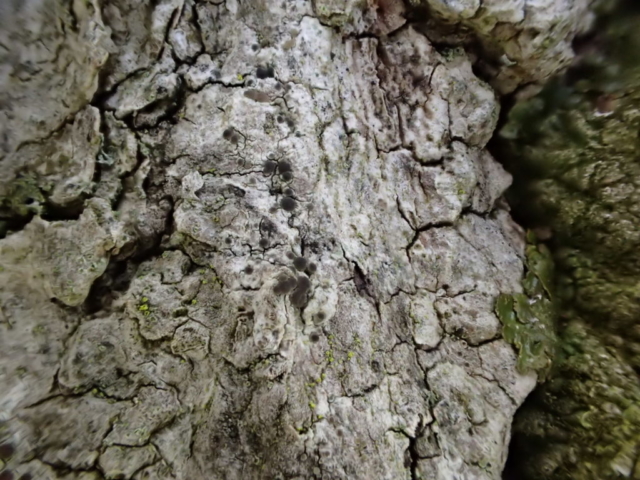 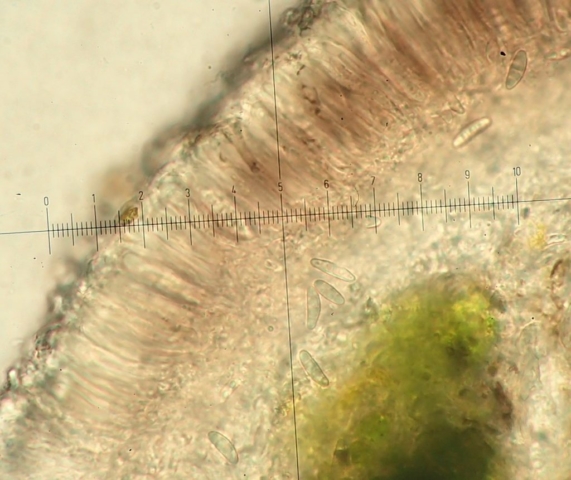 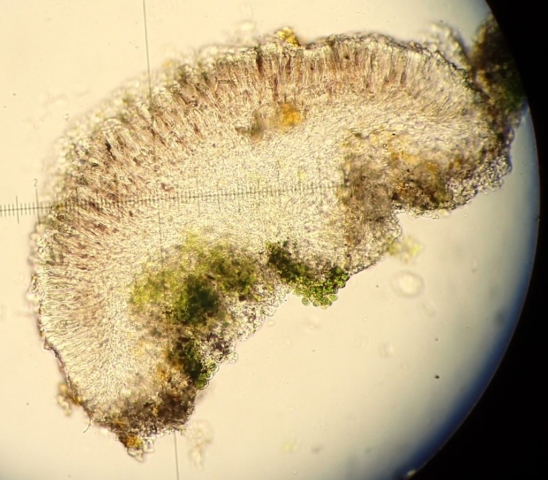 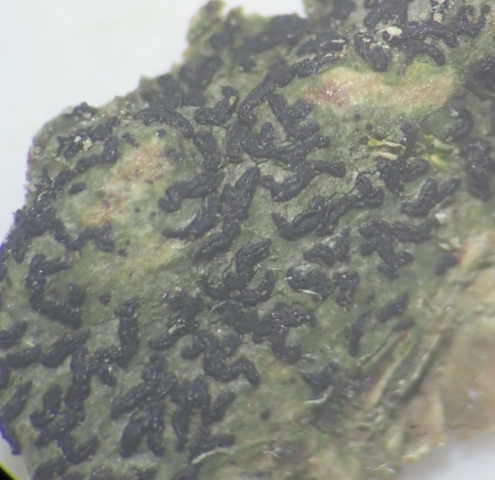 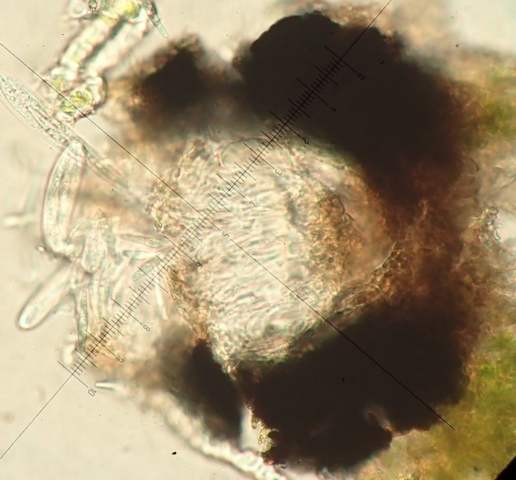 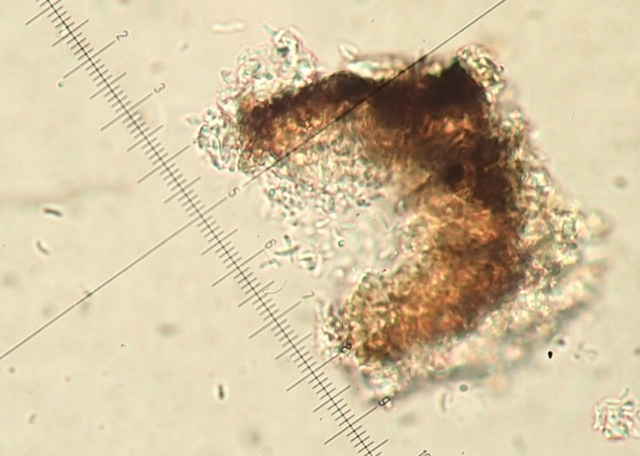 It was a reasonably fine day when we gathered in the NT car park at Glencoyne. Any day that isn’t pouring with rain is, after all, a lucky bonus! It was great to see such a great turnout – twelve in total, with two new visitors (Richard and Lizzie) all the way from the Northumberland border.
Our plan was to visit a little recorded area of wood pasture on slopes upstream of Glencoyne Farm, around NY376187. This area is usually off-limits, with no public footpaths, but we had permission from the farmer, who is very helpful and interested in conservation. Kerry had previously noticed species of interest during a Veteran Tree Survey a few years ago, including Lobaria pulmonaria and Antitrichia curtipendula, so it seemed worth exploring it more thoroughly.

We decided to head straight for the target monad and managed to avoid being distracted too much until we reached the edge of the square, heading towards a nice slope dotted with ash and other trees. The lichen group split off to look at the trees while the bryophyte lot explored some of the rocks, looking out in particular for the Antitrichia curtipendula. The steeper slopes had scattered boulders with a good range of bryophytes.

There was much discussion about the identity of small Polytrichum mosses (Polytrichastrum formosum and Polytrichum piliferum), Camplylopus flexuosus, Scapania nemorea and Barbilophozia barbata, and some lovely patches of Ptilidium ciliare were admired. Among the Thuidium tamariscinum Peter pointed out patches of a paler green, more three-dimensional Thuidium which he suggested was likely to be Thuidium delicatulum. Examination under the microscope later proved him correct, the defining feature being the crown of papillae on the leaf at the tip of the shoot.

Heading back down towards the trees, we homed in on a rotting log which revealed Riccia palmata as well as lots of Nowelia curvifolia. The base of a tree had a good patch of Isothecium alopecuroides, with its blunt, concave leaves, as well as the more usual Isothecium myosuroides, while another tree base with lovely Pterogonium gracile. Some fallen branches had tufts of Orthotrichum lyellii, with a distinctive scattering of dark gemmae looking rather like a fungal infection. Crevices in the ground sheltered large quantities of Homalia trichomanoides.

After a short lunch break, the bryologists headed down to the beck to see if we could find more interesting species there. The rocks were covered in Sciuro-hypnum plumosum and Sciuro-hypnum populeum, with lots of capsules, and there were a couple of nice patches of Plagiochila spinulosa; also Schistidium rivulare, Barbilophozia barbata and B. floerkei and Scapania compacta.

With the afternoon drawing on and daylight starting to fade, we thought it was time to call it a day and headed out of the gill and back towards the farm. We were all a little disappointed not to have found the Antitrichia curtipendula. Then, as we were gazing at something boring on a rock, there it was! First just a small patch, then more and more with a large, luxuriant golden cushion spreading round a tree base. A beautiful moss, it really made our day.

Antitrichia curtipendula, above, a large, golden moss forming cushions on rocks and tree bases. A distinctive feature is the hooked teeth on the leaf tips, which can just about be seen with a x20 hand lens (and good eyes).

The last, boggy field before the edge of the monad still had more to offer though, with Sphagnum angustifolium – see below – (no previous records in the area, but probably underrecorded) and Scorpidium cossonii. A great day all round. 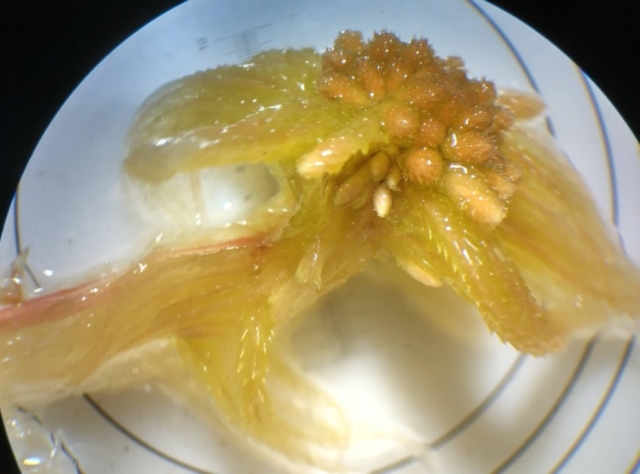 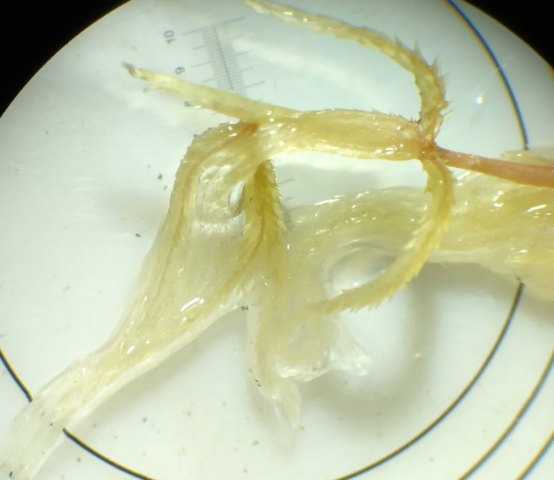 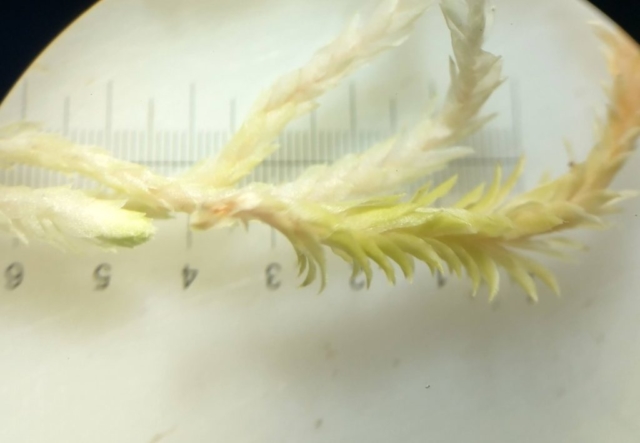 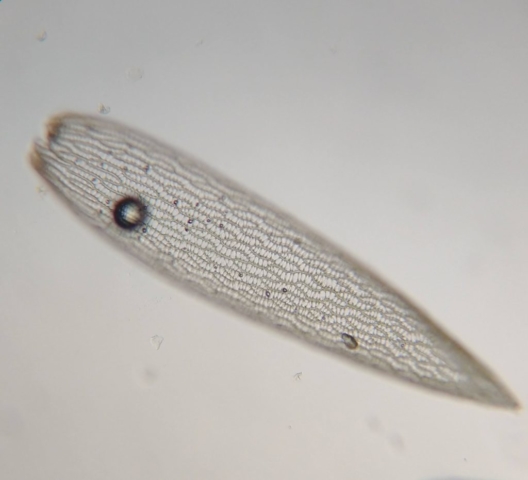 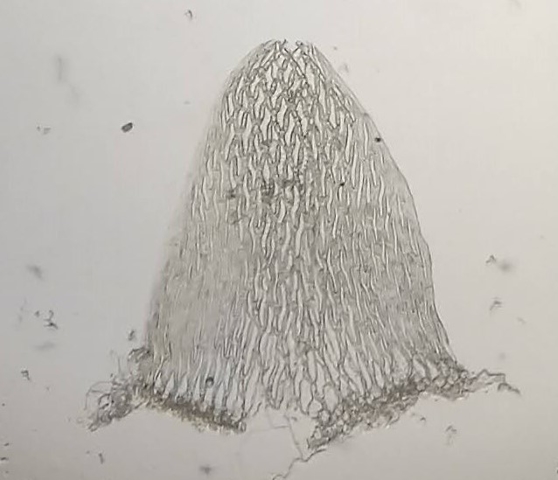 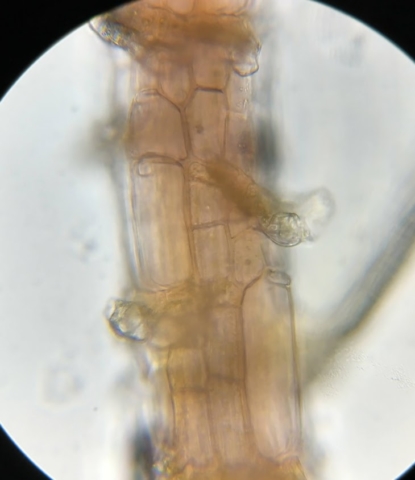 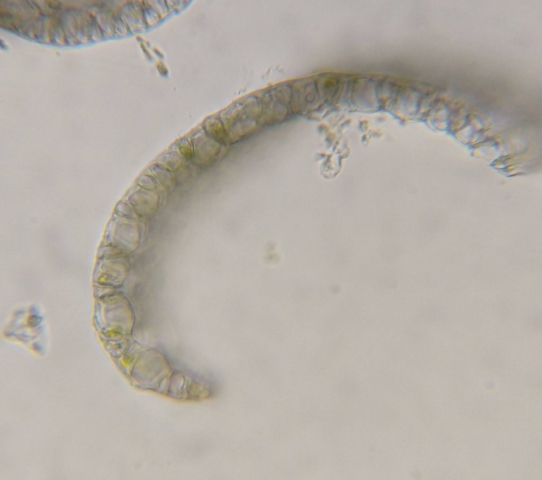