The Coniston Coppermines area is part of the Coniston Mines and Quarries SSSI, designated for its volcanic geology which has produced veins rich in metals, especially copper. These have been mined over centuries, leaving a landscape of spoil heaps, walls and derelict buildings. Specialist metallophyte lichens grow here on a variety of substrates that might not otherwise be exposed. Parts of the area have been well-surveyed: the monad containing the main workings has 124 lichen species reported over a 40 year period, many refound in recent years and a few seriously rare. This, combined with the challenging weather, meant that we decided to treat the visit as a chance to see and try to identify these species, rather than record anything.

From the start it was very wet. The rain cleared somewhat later, but getting any books out wasn’t possible and lenses and glasses were steamed up. Rather than drive up the 1.5km track we decided to walk, which warmed us up. The owner gave us a talk about the history of the site and showed us where James and Purvis found rare lichens 40 odd years ago.

Despite it being dripping the four of us looking at lichens were able to work out several crustose species on a retaining wall. Minute differences in precisely where the soredia arise on the tiny areoles, as well as its colour, helped separate Lecanora epanora (yellow soredia on the surface) from Lecanora handelii (grey areoles with grey soredia arising at the margins). The common Lecanora soralifera (some similarities) was seen elsewhere. Several rust-coloured species turned out to be Acarospora sinopica (dark red chunky “lobes” with immersed fruit), Rhizocarpon oederi (more orange in colour with tiny but distinctive apothecia) and probably Lecidea silacea (orange very convex areoles). The commoner rusty Tremolecia atrata was seen nearby.

The combination of grazing and high metal content in the thin gravelly soil between workings has led to stunted vegetation, including heather, replicating the kind of heaths normally seen at higher altitudes. Cetraria aculeata, Dibaeis baeomyces and a range of Cladonia species were seen here.

We had an enjoyable diversion up the hill on the trail of the rare Lecidea inops which eluded us. Stereocaulon vesuvianum was abundant, as well as Stereocaulon dactyllophylum. The becks in spate were spectacular and the wet fairly mild conditions had produced a mollusc paradise with many slugs out and about feeding on lichens. 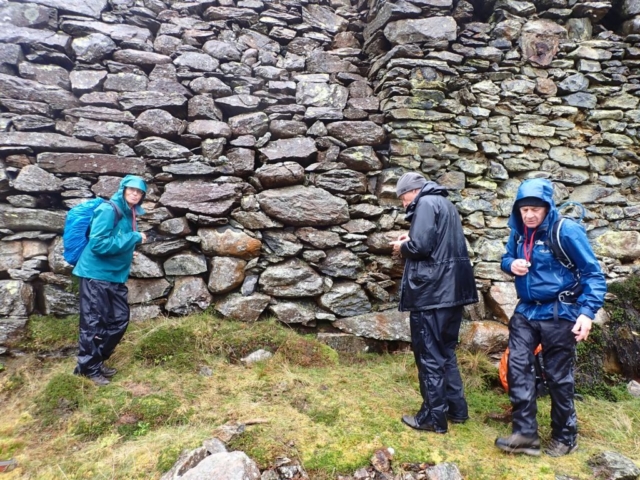 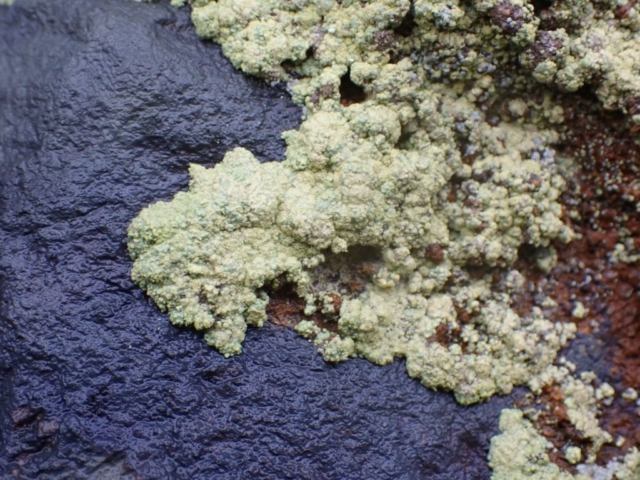 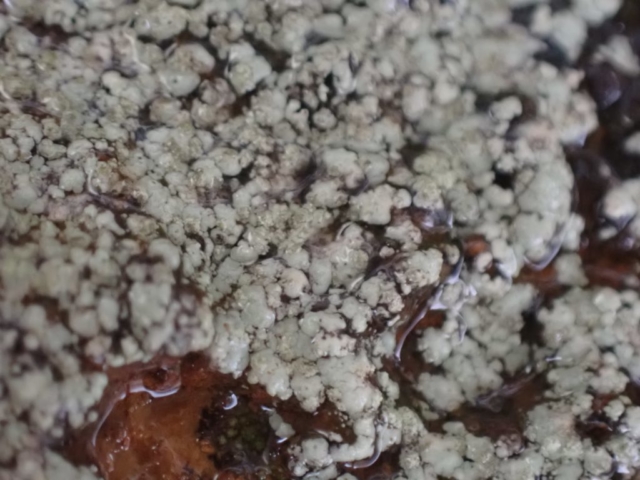 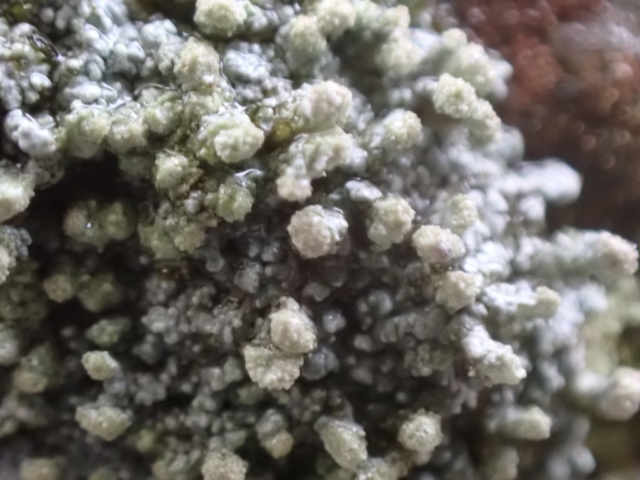 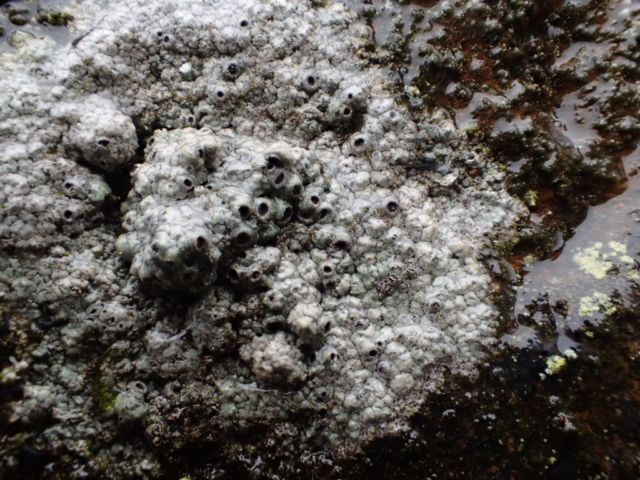 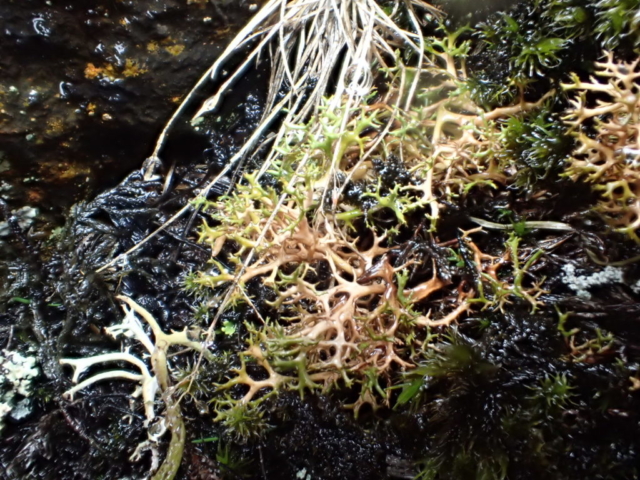 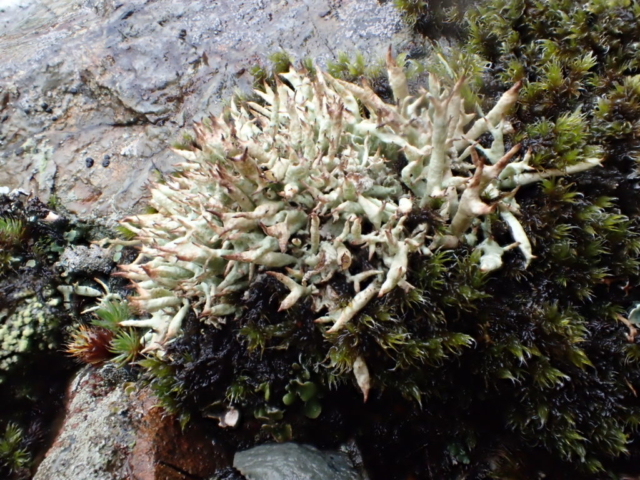 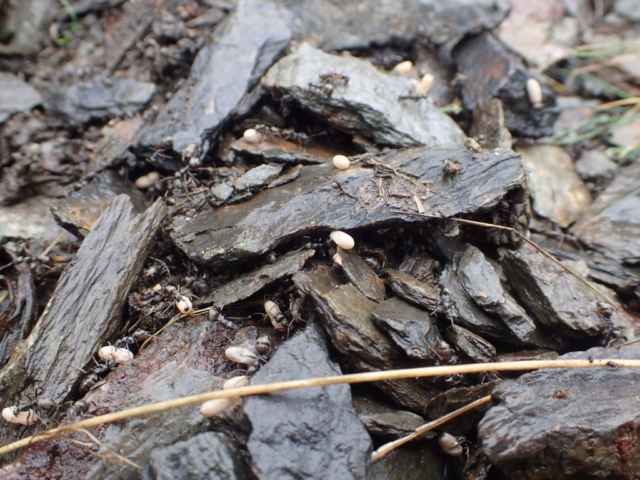 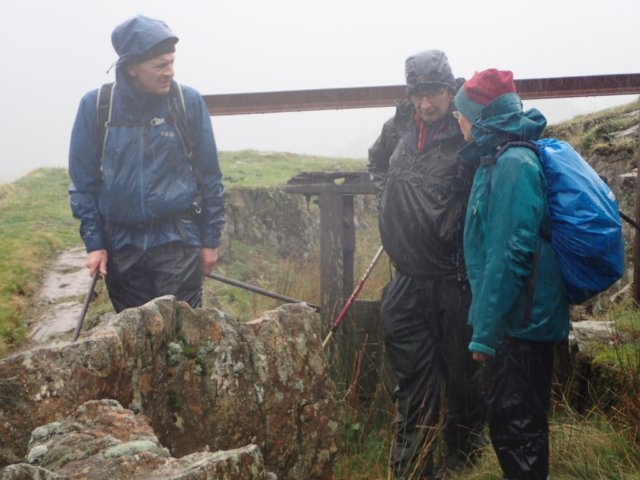 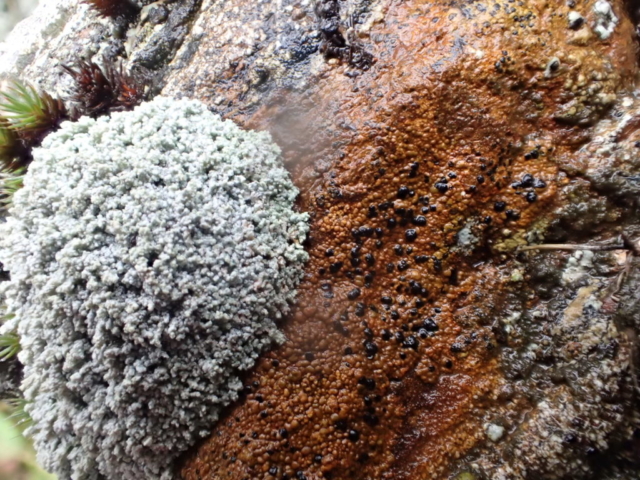 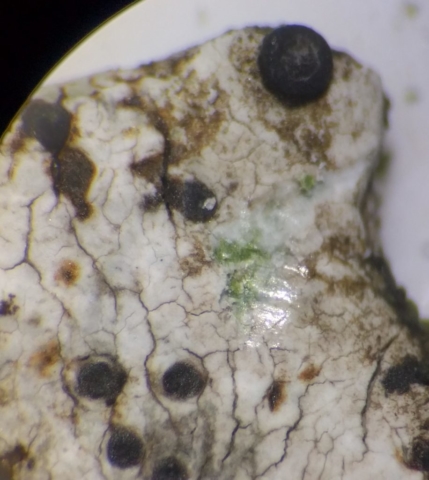 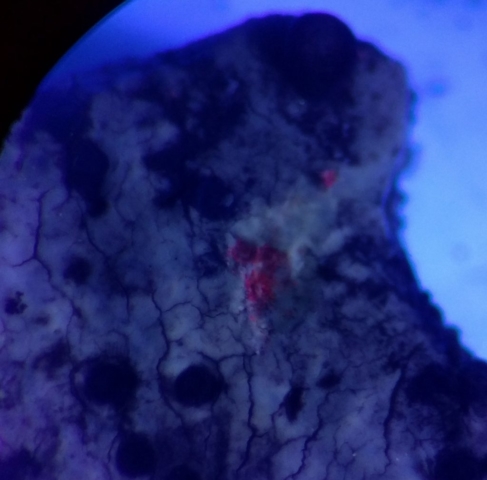