This trip took place during a spell of extremely hot and dry weather, but a few brave souls still turned up.  It was too hot to do very much, and the bryophytes would be very dry, so we set off in one group up the steep path to Carrock Fell.  Most of us made it to the top, bolstered by a very slight breeze and a few bilberries.  It was a great skill-sharing session, introducing new lichenologists to species found on Cumbrian hills and a few montane specialists at the top.  And we found some common species that hadn’t been reported before for the two monads that we visited.

The boulders beside the path had map lichen Rhizocarpon geographicum and rock tripe Lasallia pustulata immediately visible.  Umbilicarias are usually higher up, but we found U. polyphylla very close to the road. While lichens on rocks can be hard to get started on, a few common species are distinctive, at least to genus.  The boulders also had Xanthoparmelia conspersa, Fuscidea cyathoides, Acarospora fuscata, Tremolecia atrata, Parmelia saxatilis and P. omphalodes.  While the beginners had heard various lichen terms before, being able to see them in real life helped understanding considerably. As usual, looking very closely with a hand lens is often needed, though some lichens have a jizz that you can see from afar once you have your eye in.

On the way, we started to see the terricolous lichens, ie on the ground.  Cladonia portentosa is fairly common on the hills: a cluster of thin pale stalks with branches facing in all directions. Similarly, the thicker tubes of Cladonia uncialis were found along with the low pointed and sparsely branched brown Cladonia furcata.  Higher up we also saw Cladonia arbuscula which is a bit like C. portentosa but with the top branches all facing in the same direction with 3 or 4 branches at each branching point. There was also Dibaeis baeomyces with small distinctive white globose propagules on the thallus (like isidia they break off to propagate) – but no fruit in this case.

As we got higher we started to see the fell top species such as the lovely Cornicularia normoerica aka “corn” which looked like a small dark moss at a glance.  Also fairly typical on hills are Sphaerophorus globosus and S. fragilis.  One to stick in the memory is blood spot lichen Ophioparma ventosa, together with a lichenicolous fungus growing on it, Muellerella ventosicola, officially Nationally Scarce but actually fairly common in the Lake District once you start looking for it. I’m now sufficiently confident to identify this without having to take a specimen to look at under the microscope.

In the short heather at the top, ie above 600m asl, a few true montane heath lichen species were found: “iceland moss” Cetraria islandica and “fish bones” Ochrolechia frigida, along with the more common Cetraria aculeata. By this time we were literally frazzled and reaching overload, but we did re-find the montane saxicolous species of Arctoparmelia incurva, Pseudephebe pubescens and Umbilicaria proboscidea, all uncommon in England.

We came down following the easier path to the north and skirted back round to the road, visiting a known patch of bog orchids – drier than usual but still with a couple of plants visible.  I’m sure everyone needed cold drinks and cool showers when back home.  Thanks to Natural England; I’ll send in our species list.

Thanks to Clare Shaw for the photos. 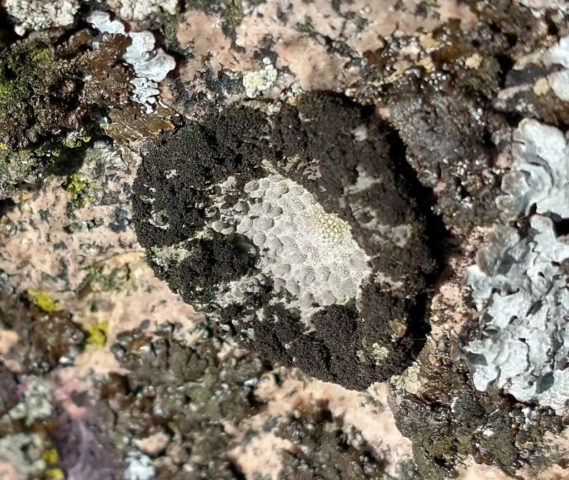 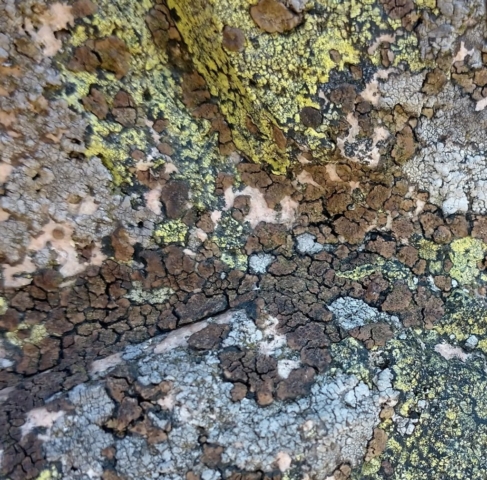 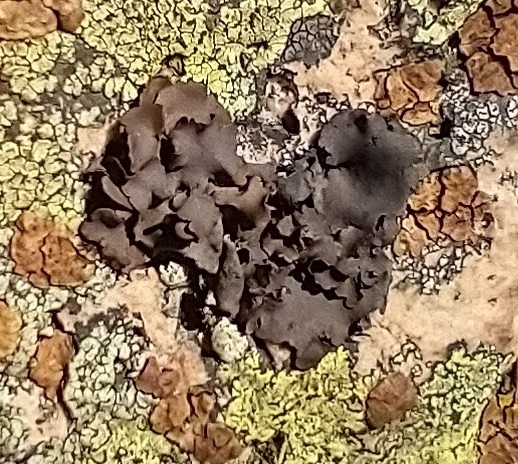 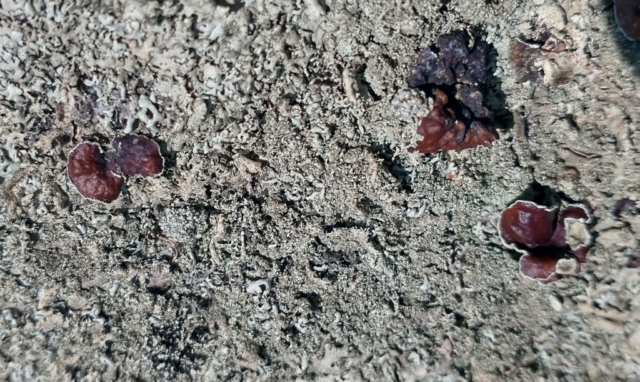 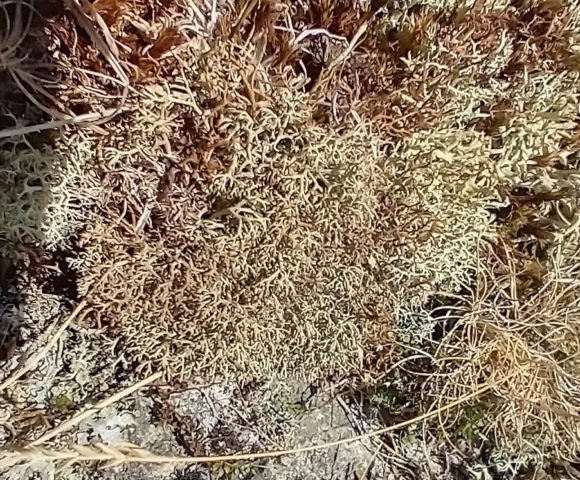 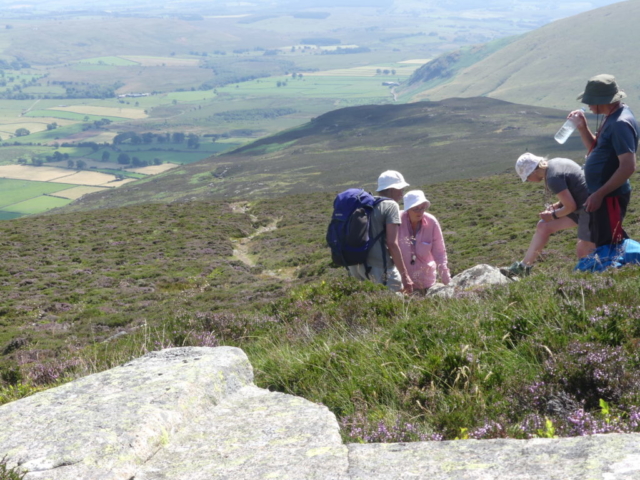 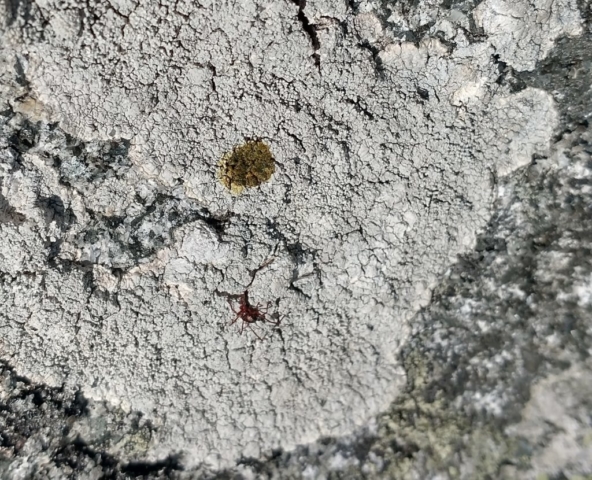 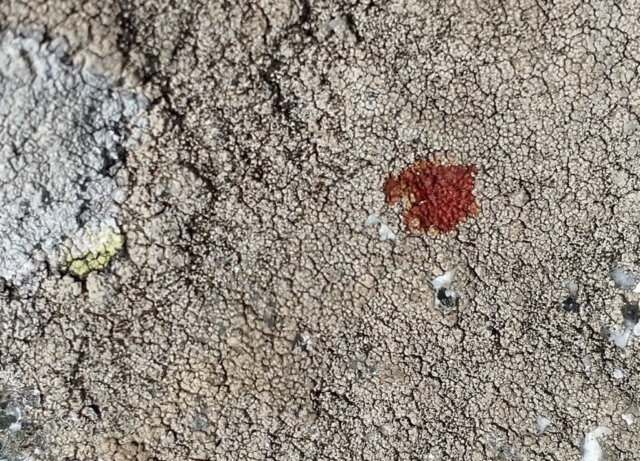 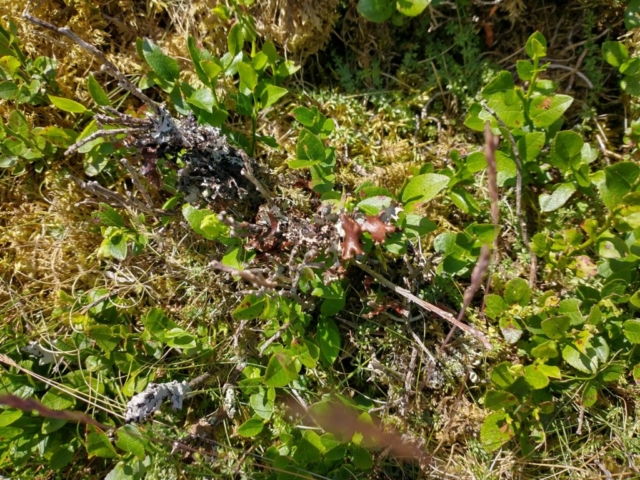 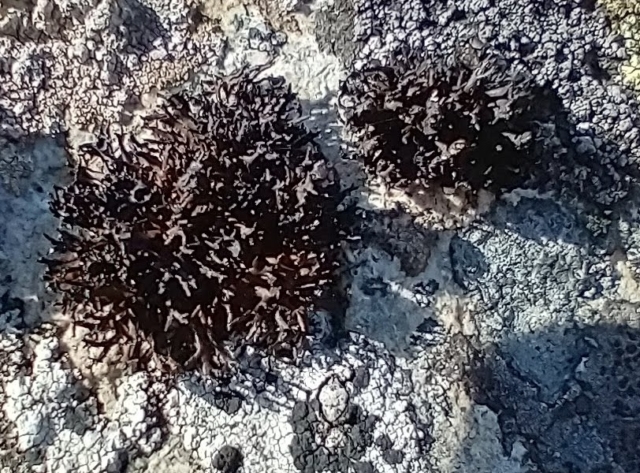 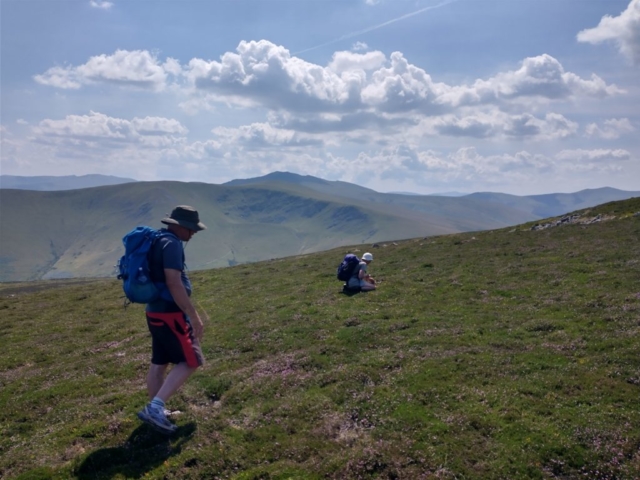 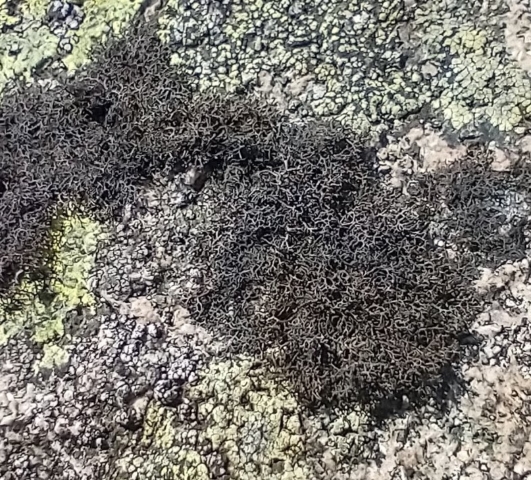 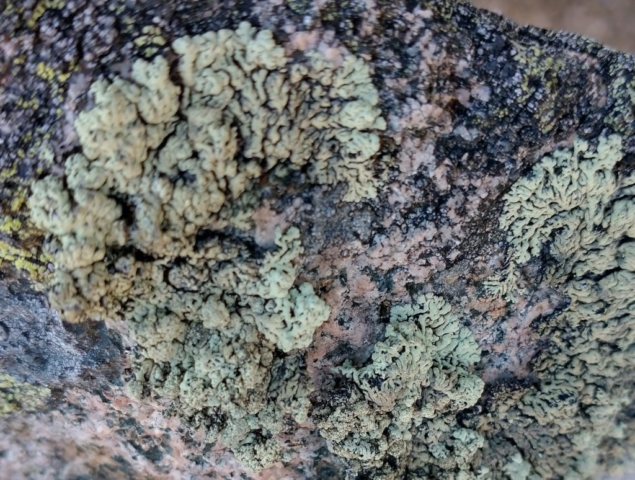 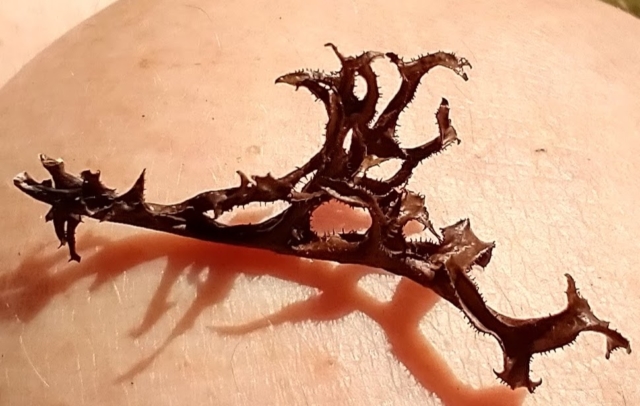 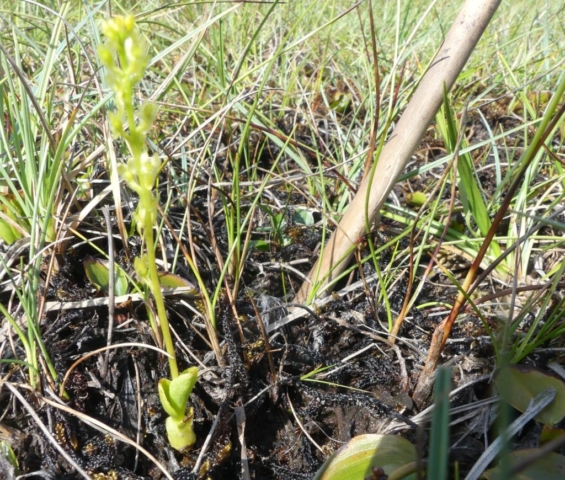